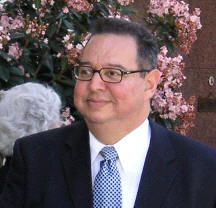 R.M. Anthony Cosio is a general practitioner concentrating on several areas of law.  He is known as “Rudy Cosio” and “Anthony Cosio” depending on which court he is appearing in.  Mr. Cosio’s practice is conveniently located in Long Beach, California with easy access to all courts in both Los Angeles and Orange Counties.   Cases range from Trust Litigation, Civil Litigation, ADA defense Litigation; to Criminal Law defense.   His practice also includes Personal Injury law; all aspects of  Estate Planning including Wills and Trust drafting and litigation;  all aspects of Business Litigation; and all aspects of Landlord/Tenant Litigation.  His trial experience ranges from traffic tickets to serious felony cases.  His practice also covers Federal Civil and Criminal litigation.   Although Mr. Cosio has been referred to as a “Renaissance Lawyer”, he is very selective in the cases he accepts.

Mr. Cosio is also a member of the Los Angeles County Bar Association’s Attorney Fee Arbitration program where he has arbitrated over one hundred cases between attorneys and their respective clients.  He is also a member of the Los Angeles Superior Court Probate Volunteer Panel where he serves by appointment as PVP counsel, Minor’s Counsel, and Guardian Ad Litem Counsel.  For the past twenty years, he has been a volunteer attorney with the Los Angeles Superior Court Judge Pro Tem Program as a Judge Pro Tem in the areas of  Traffic, Small Claims, and TROs.   He has and continues to train and supervise local law students with practical experience as Certified Legal Interns practicing in court under his supervision.  As a trial attorney,  he has tried serious felony cases in both Los Angeles and Orange Counties.   His appellate court experience ranges from the Appellate Division of the Superior Court, California Court of Appeal, United States Federal District Court,  up through the United States Supreme Court. 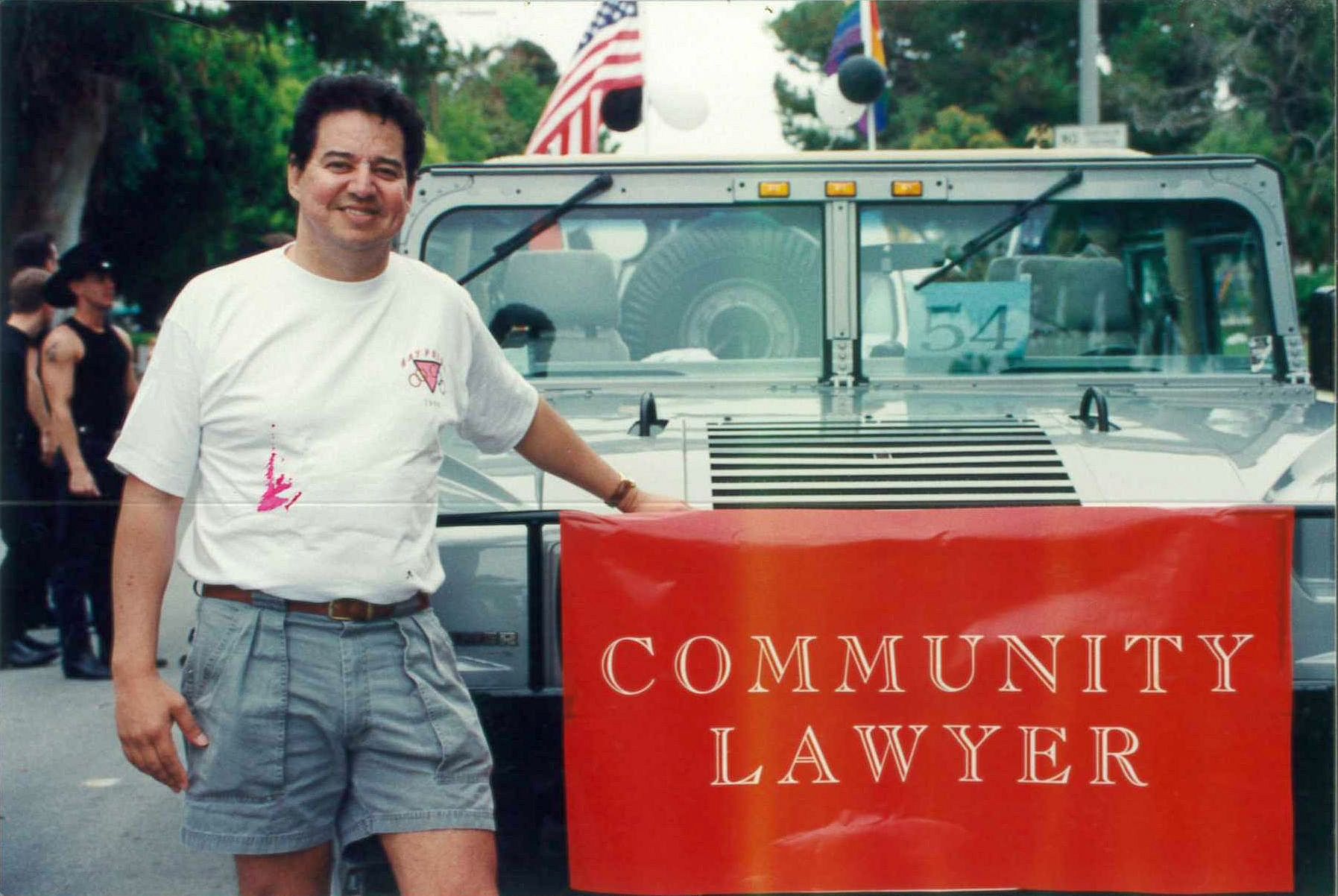 Mr. Cosio is also an active advocate in his community.  He has performed volunteer services for over twenty years with the same community organization providing pro bono legal services on a monthly basis.  He has been on the Board of Directors for a nationally known charitable children’s organization for over fifteen years.   For the past twenty years, he has provided pro bono estate plans to terminally ill clients.   Lastly, he was House Counsel for an environmental foundation for ten years as well as incorporating numerous businesses and non-profits.

As a native of  Northern California, he received his Bachelor of Science degree in Aeronautical Operations under the Department of Engineering at San Jose State University in June 1977.  During his engineering studies, he also acquired his FAA private pilot’s license and Power Plant Mechanics rating after concurrently completing his Airframe and Powerplant Certification.  He also completed Officer Candidate School with the United States Marine Corps at Quantico, Virginia although he resigned his commission to attend Law School.  His initial goal was to become an astronaut with a secondary backup goal to practice law. 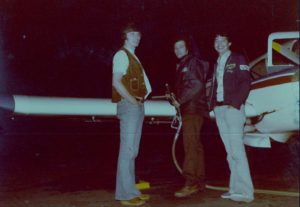 After completing his undergraduate studies he continued his post-graduate studies at the University of  San Francisco (Kendrick Hall) where he interned for one semester with the  Marin County Public Defender’s Office as a certified legal intern.  He received his Juris Doctor degree in June of 1980.  After completing law school, he commenced employment with Lockheed Missile and Space Company in Sunnyvale, California as a Satellite Systems Engineer to pursue his aspiration to become a Mission Specialist.  While employed at Lockheed, he attended school at night to pursue his Masters in Business Administration (MBA) from Golden Gate University in San Francisco.  In 1983, he relocated to Southern California to join Martin Marietta Corporation as a Senior Satellite Integrations Engineer.  In 1985, he left Martin Marietta and joined Ultra Systems in Irvine California as a Senior Satellite Simulations Engineer.  In 1985, he completed his graduate studies and received his MBA in Telecommunications Management from Golden Gate University.  In 1987,  he left engineering altogether and began teaching college-level courses at local colleges. Courses taught included Business Math, Telecommunication Tariffs,  Business Law, Tariffs & Regulation, and Introduction to Computers.  In 1991, he was admitted to the California Bar and began his law practice in Long Beach, California.  In 1992,  he resigned his teaching obligations altogether and has practiced law full time until the present. 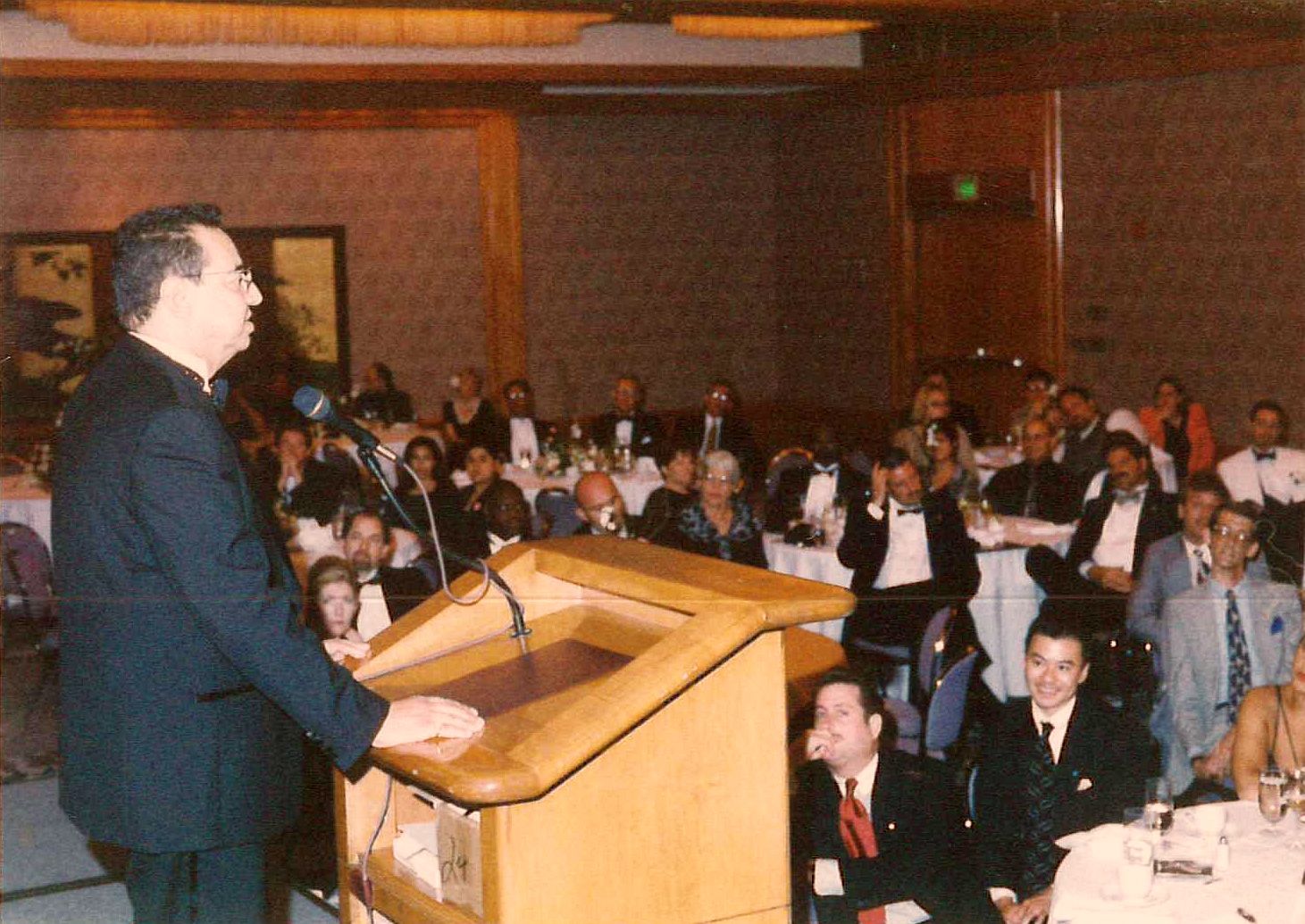 ADVANTAGES TO HAVING A GENERAL PRACTICE

In the past 27 years, Mr. Cosio has tried a wide range of cases before juries throughout Southern California.  Recently,  he obtained a civil verdict in excess of 1.8 million dollars in a case that involved real estate law, landlord-tenant law, civil litigation, and appellate review.  As a Counselor at Law,  Mr. Cosio has negotiated settlements through one-on-one conferences with opposing counsel; or through mediation involving several parties and their attorneys.  Mr. Cosio has also been instrumental in counseling clients as to what options are available to avoid litigation.  As a general practitioner, he can combine his expertise in several areas of the law in developing a strategy to remedy a particular problem.  For example, a recent Probate case involved an easement/encroachment issue which surfaced during a pending Real Estate transaction with an adjoining landowner.  Mr. Cosio was instrumental in acquiring a restraining order to stop the encroachment modifications,  filing an action for nuisance and drafting and recording an easement for the adjacent property owner to allow completion of the real estate transaction between his client and the buyer;  all while acting as a mediator while the real estate transaction was pending.   Thus, rather than having several attorneys retained on the case, Mr. Cosio resolved the matter as a sole practitioner to accomplish the client’s desired result.